Many people consider themselves book collectors but there are few who painstakingly gather valuable works. Some books are obvious collectors’ items while others are only appreciated by very knowledgeable connoisseurs – these five examples allow you a glimpse into the world of antique publications.

This book was published in 1936 by economist John Maynard Keynes and currently a first edition can sell for as much as $12 500 (£10 000). Its publication introduced macroeconomics as an important factor in general economic theory. It might sound like a boring read but its significance in the so-called “Keynesian Revolution” has made it extremely valuable to serious collectors.

Consisting of 1458 words, the Declaration of Independence doesn’t quite fall into the “book” category, but it is one of the rarest and most valuable written documents on the planet. Only 200 copies were printed at the time in July 1776 and 26 have survived till today. One copy was discovered in 1968 in an old bookstore that had closed down, and currently each original is worth around $9 million.

This was Ian Fleming’s first book to be published and hit the shelves in 1953: the first appearance in fiction of the iconic James Bond. A first edition of this novel is worth up to $150 000 – especially if it has been well cared for or signed by the author. The first batch consisted of 4728 copies and sold out in less than 30 days

This tome is the work of naturalist and painter James Audubon and was published in sections between 1827 and 1838. His aim was to illustrate as many bird species as possible, which he did: the book contains 435 hand-coloured prints about 99 by 66 cm in size. There are many individual illustrations owned by various people but a complete set of the four volumes is extremely hard to come by. In June 2018 a copy was bought on auction for $9.65 million.

Published in 1902, this children’s book tells the story of a young rabbit’s escapades and has long been a favourite of readers worldwide. What many people don’t know is that Beatrix Potter commissioned 250 printed copies of her work a year before it was officially published. These were given by Potter mainly to family and friends, and more recently they can be found in possession of collectors and antique book shops. One of the original first editions can sell for around $56 000, while a particularly rare copy containing a message from the author herself is worth up to $89 220.

These are just five publications that have become sought-after collectors’ items and are by no means the only ones. Books are always worth keeping, and you never know – something in your bookshelf could become very valuable in a few years’ time. 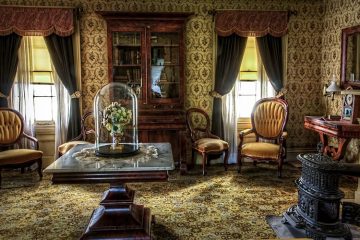