Discovered in an attic by the original owner and gently retrieved from the thick layer of dust that cradled it, almost 60 years after it was made, the battery-operated ‘Machine Man’ toy robot – in its original packaging – was auctioned in Pennsylvania at Morphy’s Auctions for an incredible $159,900. This amount far exceeded the original estimates for this item which was assumed to sell between $60,000 – $90,000, based on a very successful sale of the same model a year previously which had fetched $86,100. 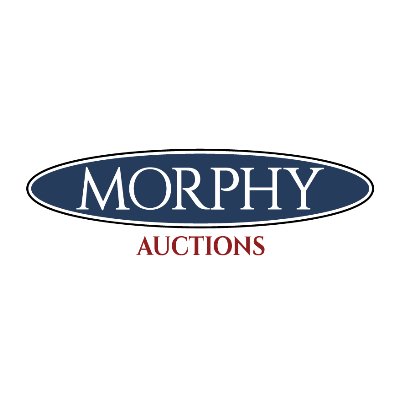 History of the Robot

The Masudaya Machine Man is part of a ‘gang of five’ toy robots that were manufactured in Japan, and which were sold separately for a limited period between the 1950’s up to the 1960’s. Due to the very limited run and limited access by foreign markets, these are the most wanted vintage toy set of all time – and to own all of them is considered the penultimate holy grail when it comes to vintage toy collections.

The full toy robot collection set of Masudaya’s gang of five consists of the nonstop Lavender lady robot which comes with claws, Radicon which was one of the first wireless remote-controlled robots on the market, with a light blue-grey finish and red eyes and grill. Target, a dart-shooting robot is also part of the set, and came with two darts, as is Train, who comes with a train whistle and red and green flashing lights for his eyes. And the rarest of all is Machine Man, the light up eyes and ears, bump and go action toy.

As the other robots were sold in toy stores, they were more widely available, which is why none of them have ever reached figures as high in auctions – regardless of their condition. For unknown reasons Machine Man was the only one of the ‘gang of five’ robots which never made it into stores to be sold. Instead, he was sold via a catalogue as a mail-in order, which led to very few ever knowing of his existence until the late 1990’s when the robots started becoming collectors’ items.

Tommy Sage Jr, who is Morphy’s head of toy and train division, told press at the time that he believed someone was pranking him when he received a call saying that another Machine Man in original packaging had been found in their attic. The seller remains anonymous, and believes he too received it as a Christmas gift in his youth – and is also unsure as to why the item was never played with. He states he discovered it in his childhood house, when sorting through his late mother’s items in Scranton, Penn.

The reason the robot sold so highly at Morphys was due to its pristine condition. The bright red tin lithographed body retained its original sheen and was unmarked by time in any way. It had never been used or played with, and the packaging had only the smallest of dents in the box corner – all of which resulted in the price far exceeding the speculated presale value. The buyer of the robot remains anonymous and may well have used the money they won betting online to bid on the toy, but it’s safe to say that there very well could be a few more Machine Man items yet to be discovered in coming years.

How Are You Able Tell If An Antique Is Worth Anything?

Antiquing a favourite hobby, the world over. It’s easy to see why. The pastime can be both exciting as well as profitable. However, while money can be made from buying and selling antiques, for many Read more…

The Most Valuable Action Figures

Action figures were all the rage during the late 1970s and into the early 2000s. Usually based on famous movie franchises, collecting action figures was one of the most popular pastimes of the age, where Read more…